A Cash and Gold Bullion Landmine

A Cash and Gold Bullion Landmine 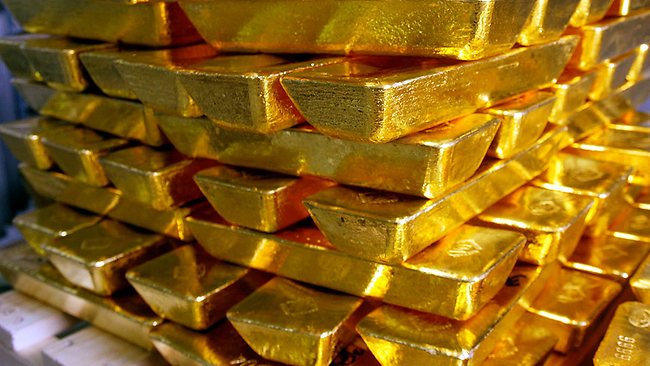 What would you do if you found millions of dollars worth of cash and gold bullion inside the walls of your newly purchased home? For one, you’d probably be able to pay off your home inspection rather easily. As crazy as it sounds, a man from New South Wales, Australia encountered that “issue” a couple weeks ago. On February 18, 2016, a man who went by “Dave” called into Merrick Watts’ radio show and proclaimed that he had found millions of dollars worth of cash and gold in his new home. When asked by Watts approximately how much cash and gold was in the walls, Dave estimated that there was between one and three million dollars in cash, and approximately 50 gold bars weighing in around half a kilo each.

Most would believe that a man calling into a radio station claiming he found a hidden treasure is part of a hoax, but Watts is convinced that Dave is telling the truth. Watts stated “I don’t think for a second (that he’s putting it on). I’ve worked in radio long enough, you can hear the honesty through somebody’s voice and you can just tell when somebody’s pulling your leg. This guy’s not. He’s definitely found a huge, vast treasure trove.”

We’ve seen stories like this before, and the first question that comes to mind is always “will he be able to keep the treasure?”  According to Melbourne Minister Peter Morrisey, Dave is taking the correct steps so far. Morrisey says that if Dave makes reasonable efforts to find the original owner of the gold, then he is more or less covered. If no one comes forward after a certain period of time, he can claim the cash and gold bullion as his own.

Cash for Gold at Toronto Gold

If Dave was a Canadian resident, we’d invite him to bring his gold bullion down to our Toronto Gold store located at 829 Bloor Street W. Why, you (and Dave) might ask? The answer is simple. At Toronto Gold, we offer the most cash for gold in Toronto—bar none. Our prices are always posted on our website and in store, so you always know what you’re going to get for your precious metals. And don’t worry, we won’t haggle with you like other Toronto gold stores will. Give us a call today at (416) 434-4653 and come on down to our store! When you see the amount that we pay for your Toronto gold bullion, you’ll be happy that you did.